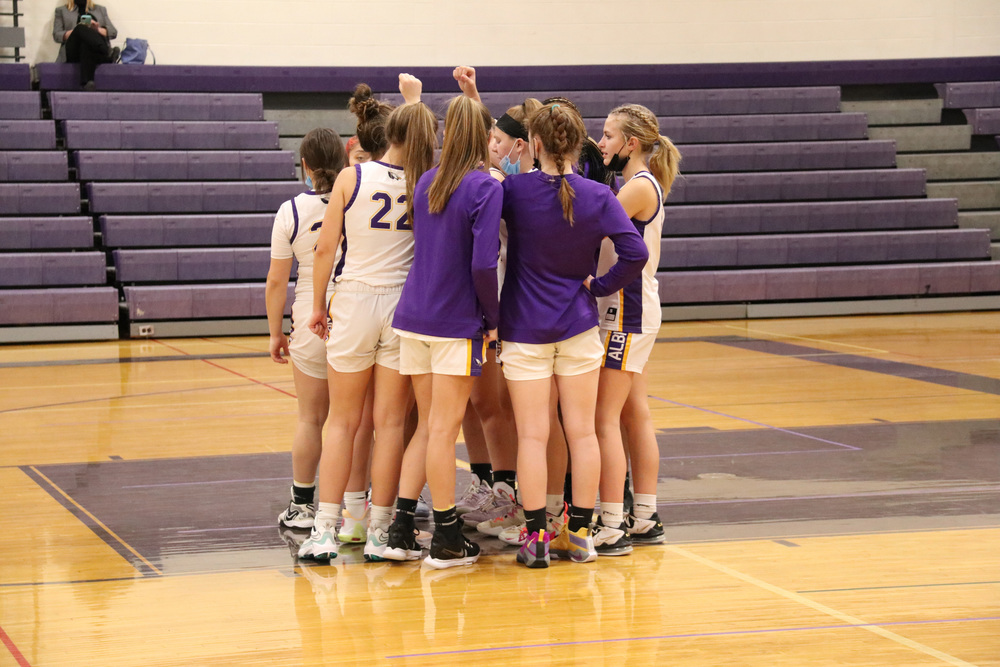 Swimming
This year's swim team, coached by Jay Kovaleski, had a great season filled with many great performances. The girls had a 6-4 season swimming their personal best up until the last meet. The girls swim team has only one graduating senior, Emily Harling, while the boys will be losing three seniors, Jeffrey Brown, Declan McCue and Jacob Foote. Coach says for a team of ten, the boys pulled together great performances each and every meet. The team will return next year with 12 returning swimmers and Mr.Kovaleski looks forward to both swim families returning faster and stronger.

Wrestling
During the 2021-2022 wrestling season there were many highlights and achievements. As a team they finished 3rd at the Lyndonville, Byron-Bergen and Section VI Class Championships and 2nd at the all-league tournament. Junior Morales, Ellwood Hafner, Alex Hafner, Dayne Aina, Blake Stornelli and Angel Cruz-Cruz all advanced to the Section VI state qualifying meet.

Girls Basketball
The varsity girls basketball team had a tremendous 2021-2022 season. Much of the team's success can be attributed to the leadership of Abby Scanlan, Sydney Mulka and Aurora Serafin. The Purple Eagles started the season 0-3 in league. With many new additions to the varsity team it took some time for everyone to learn how to play together. After the slow start, the team then went on to win eight out of their next nine games as different players took turns stepping up every game to solidify an outstanding 8-4 record in the Niagara-Orleans League. During that stretch, Scanlan averaged 15 points a game and was named Niagara-Orleans Player of the Year. Madison Hughson scored 19 or more points three times. Mulka, Serafin and Hughson earned honorable mention recognition. Coach Price proudly stated, “These ladies started the season in a tough situation. There were a lot of players playing varsity basketball for the first time. The newcomers did an amazing job of stepping up, and the returners were leaders and tone setters all season. The team chemistry was AMAZING.” With that, Coach Price looks forward to next season with his returning players.

Boys Basketball
The boys 2021-2022 basketball season had a very slow start but the team ended up finishing the season by going 7-2 in their last nine games.. These games were led by a trio of seniors; Shakarion Drisdom, Tyler Gibson, Jahmeek Riley, and junior, Caleb Fox. Combined, they averaged 38 points per game to finish the season while contributing in other areas as well. There were three all-league honorees. Riley making second team all-league while Gibson and  Fox were awarded honorable mention. The boys pulled it together to earn a final record of 7-13. The team played very well and Coach Downs is extremely proud of every one of them and looks forward to next year's 2022-2023 season.

Basketball Cheerleading
The cheerleaders did a great job entertaining crowds at basketball games all season long. They also participated in other events around the schools and community to keep up the Albion Purple Eagles spirit. The team had a chance to perform in front of their fellow teams at the annual all-league meet in early February. Katelyn Beach and Faith Bennett earned all-league honors. Coaches Renee Liberti and Kourtni Mietlicki did a great job leading the team and look forward to next season.