The Board of Education periodically recognizes individuals, groups, community organizations, and businesses that play tht support the education of our students and staff. The recipients receive a certificate of thanks for their commitment to Albion Central School District students.

APRIL 2018 - Melissa Barnosky was recognized by the Board of Education as the 2018 New York State Oratorical Contest winner.

As the New York State winner, she moves on to the National Oratorical Contest. It takes place on April 14-15 in Indianapolis, Indiana.  She competes against 53 other contestants from around the country. 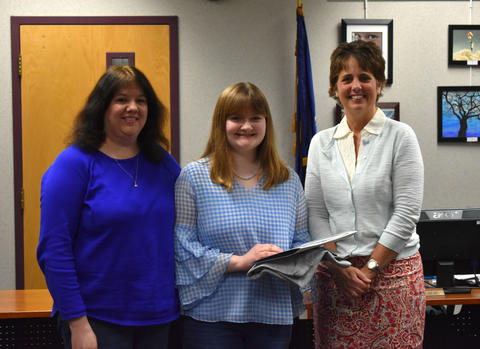