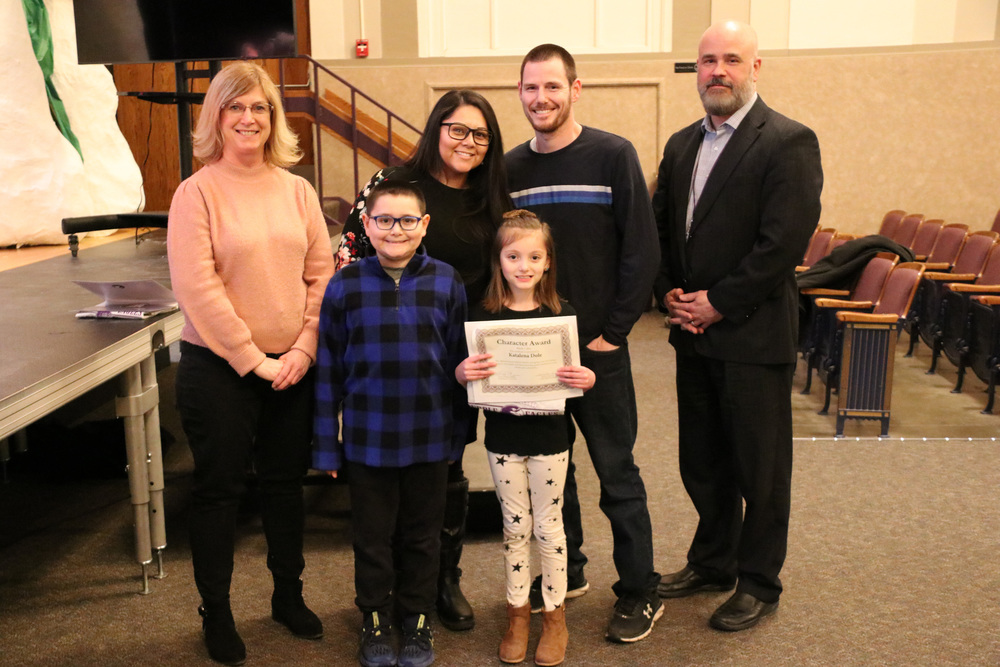 Two Students Recognized at Board Meeting

Two students from the elementary school were recognized at Monday's Board of Education meeting for showcasing character and leadership. Katalena Dole received the Character Award while Everett Bruning received the Leadership Award.

Mrs. Kovaleski states, “Katalena is kind and helpful beyond the average limits!  She is always willing to lend a hand to her classmates.  She welcomes new students and helps them feel welcomed and comfortable.  She will assist anyone struggling whether socially or academically.  Katalena shows innate and genuine care for all those in her various community circles.  She is exemplary in displaying positivity, gentleness and optimism.  She portrays these characteristics without ever questioning how she may benefit.  She is a vital addition to our positive classroom and school culture!”

Mrs. Flansburg states, “Everett is certainly a leader in our classroom.  He takes pride in his work and is a good role model for others.  Everett encourages others to do their best and then praises them when they are successful!  He is a friend to all.  I cannot wait to see where his future takes him!” 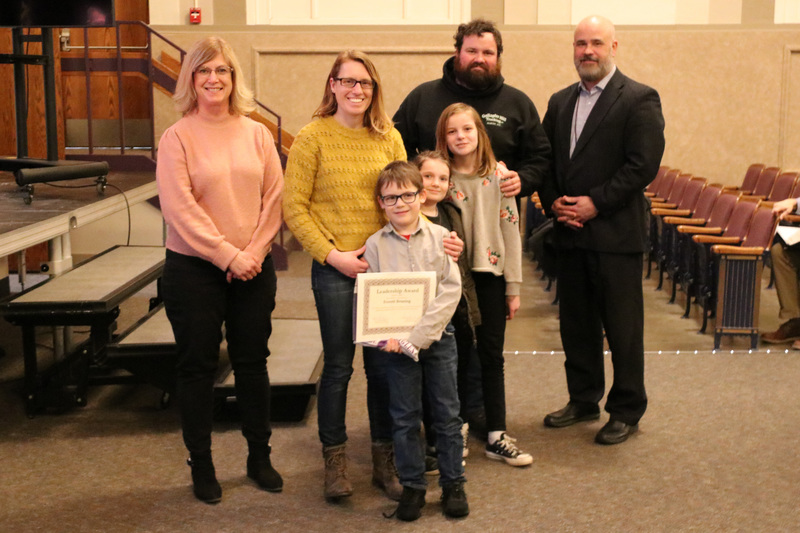