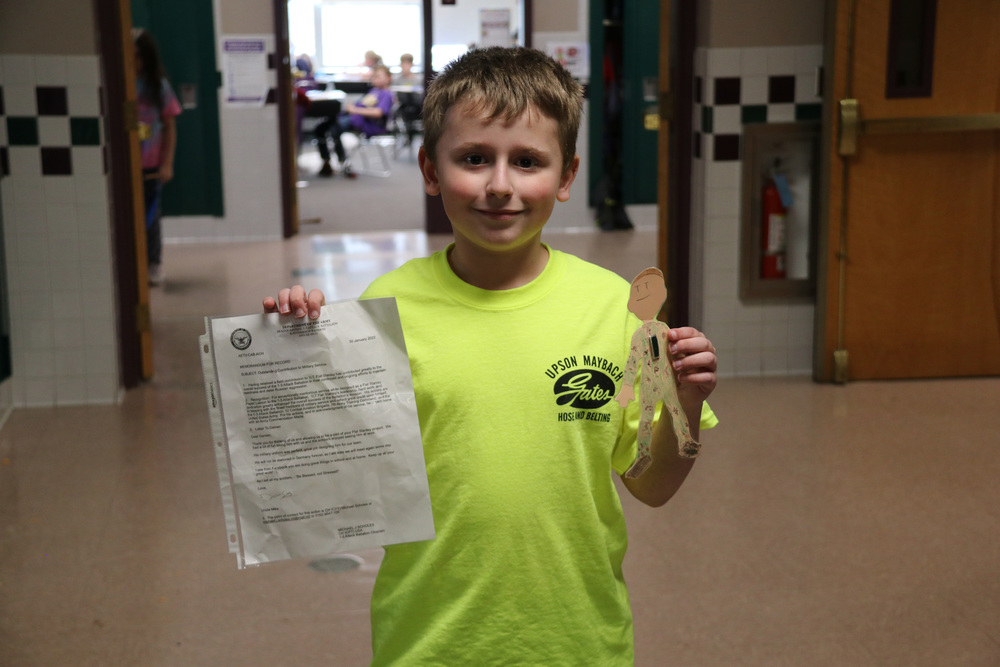 Third grader Damen Chraston was part of Mrs. Mrzywka’s classes that created and sent out Flat Stanleys earlier this school year. While most students sent their characters around the United States, Damen’s visited his uncle’s military base in Germany.

CH (CPT) Michael Scholes, Damen’s uncle, took care of Flat Stanley while he was on base and commended Damen for dressing him in a perfect military uniform. Flat Stanley was sent back to Albion with a letter and an Army Commendation Medal. The letter reads, in part:

Many photos and videos were sent back throughout the fall and winter of Flat Stanley on the base, helping teach all the students about the military and a different part of the world. Flat Stanley is a children’s story book that has been adapted to enrich students’ learning of different communities and cultures.