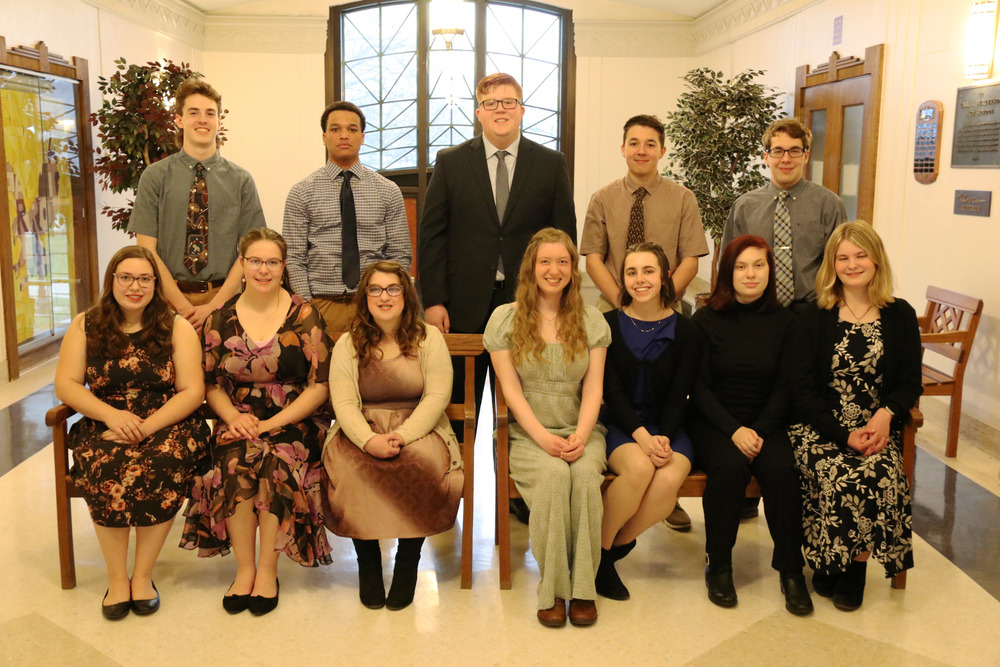 The National Honor Society was founded in 1921 and is built on the four pillars of scholarship, service, leadership and character. Inductees must prove to exhibit all four qualities and be recommended by a faculty member. Last year’s inductees led the ceremony, which included recognition of outstanding high school teachers.