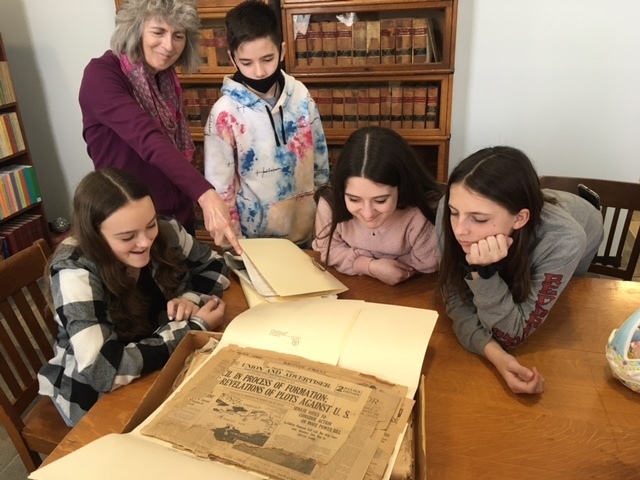 Next, the students stopped at the Hoag Library to meet with librarian Elizabeth Haibach. The students were shown multiple items tied to local history and spent time researching former Albion resident James Sheret. Sheret was killed in action on September 29, 1918, in France during WWI. The service learning class is working on creating an interpretive panel on Sheret and his siblings, seven of whom served in the military.

The students also met with county historian Catherine Cooper where they looked at old newspapers and documents from the WWI era and talked further about Sheret. They visited the bronze plaque on the county courthouse that lists all soldiers who died in WWI.

The final stop of the day was Mount Albion Cemetery where the students were shown where the Sheret family members were buried. The class also climbed the historic Soldiers and Sailors Monument.

It was a full day where the students were deeply immersed in the workings of their community, past and present. 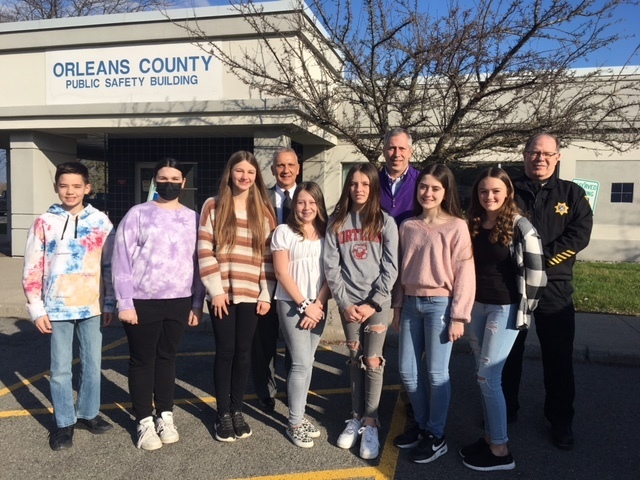 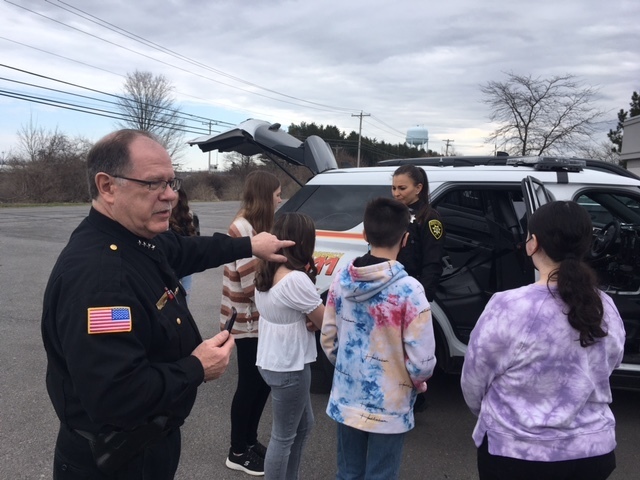 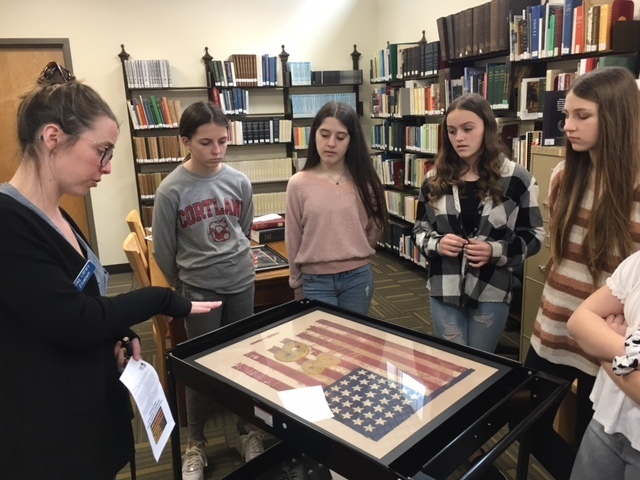 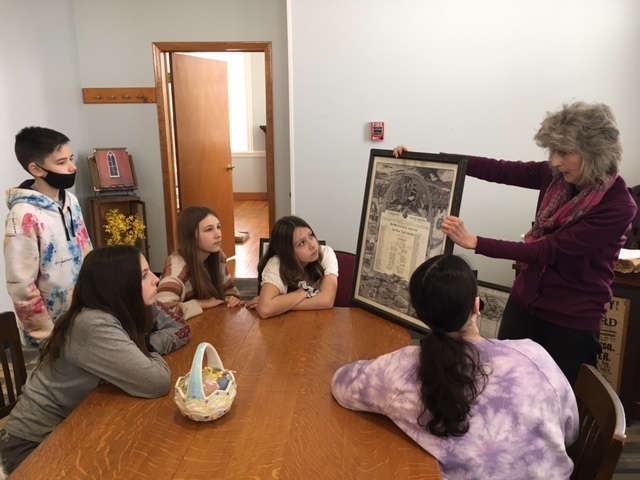 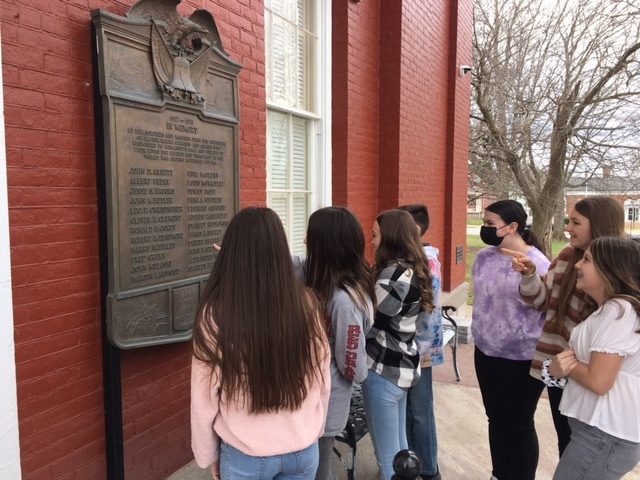 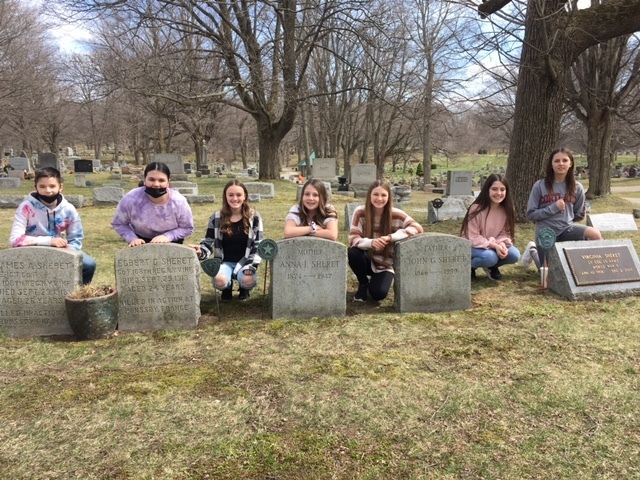 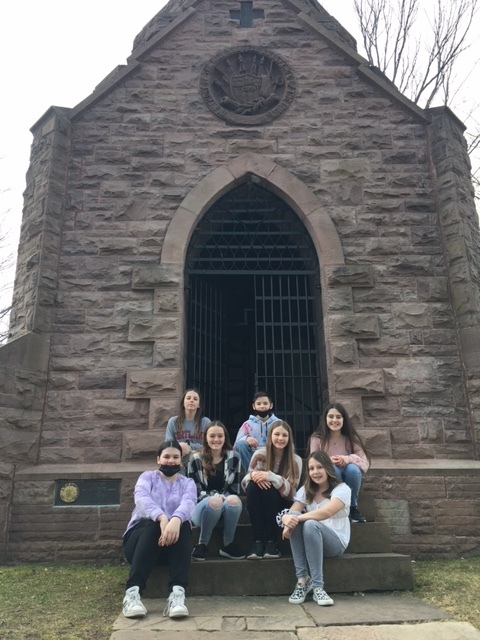 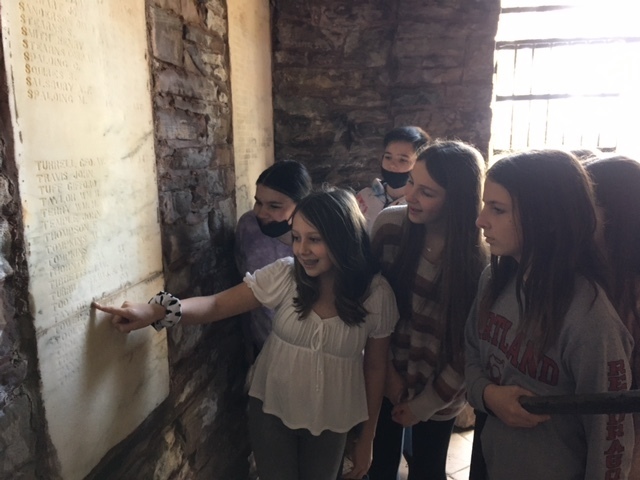