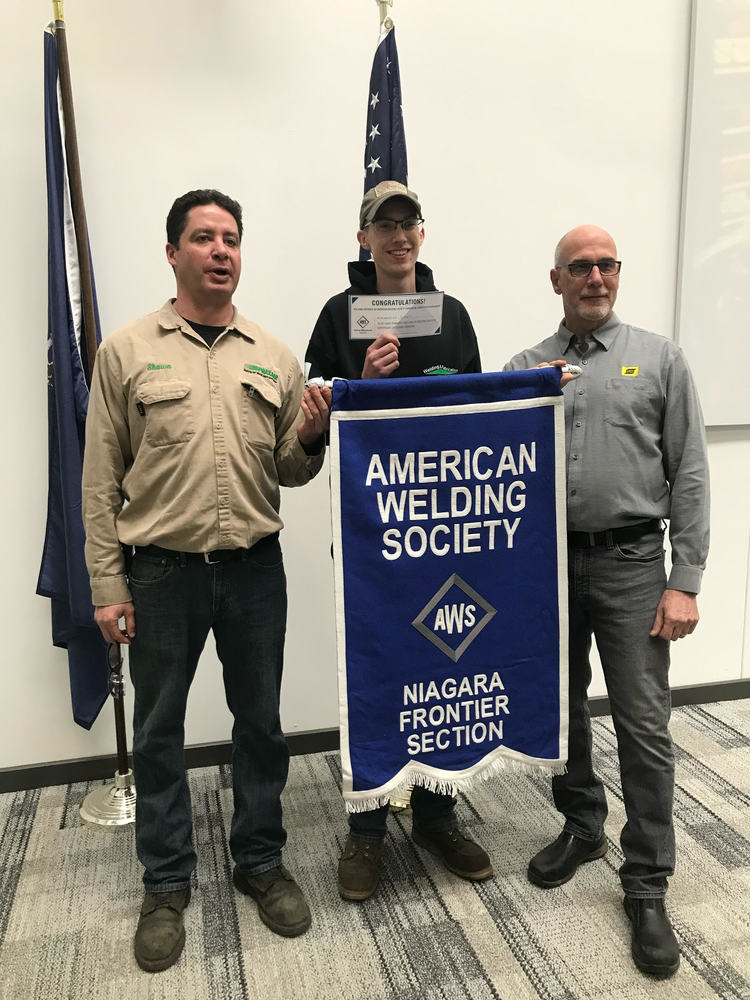 In early March, Braley placed first in welding at the Area 1 Regional SkillsUSA competition. More recently, he won the Niagara Frontier Weld Off hosted by the American Welding Society. He will move on to the SkilsUSA state competition later in April. He also won events during his junior year.

Braley’s interest in welding began while at Orchard Dale Fruit farms, owned by the Brown family, while working towards his Merit Badge as a Boy Scout.

“I was probably 10 or 11,” said Braley. “I thought that was fun. Then my grandpa had a welder and I messed around with that at home.”

Once he became a junior in high school, Braley attended BOCES for their auto mechanic program but changed his mind and switched to the welding program. After graduation, he most likely will be attending the Kentucky Welding Institute to get certified.

“After, they pretty much guarantee a job welding pipe, which is what I want to do, at power plants and nuclear plants and stuff like that,” said Braley.

His achievements in competitions have awarded him financial scholarships to help continue in his skills training and career path. With his passion and dedication to the field, it is certain Braley will continue to have success no matter where welding takes him.