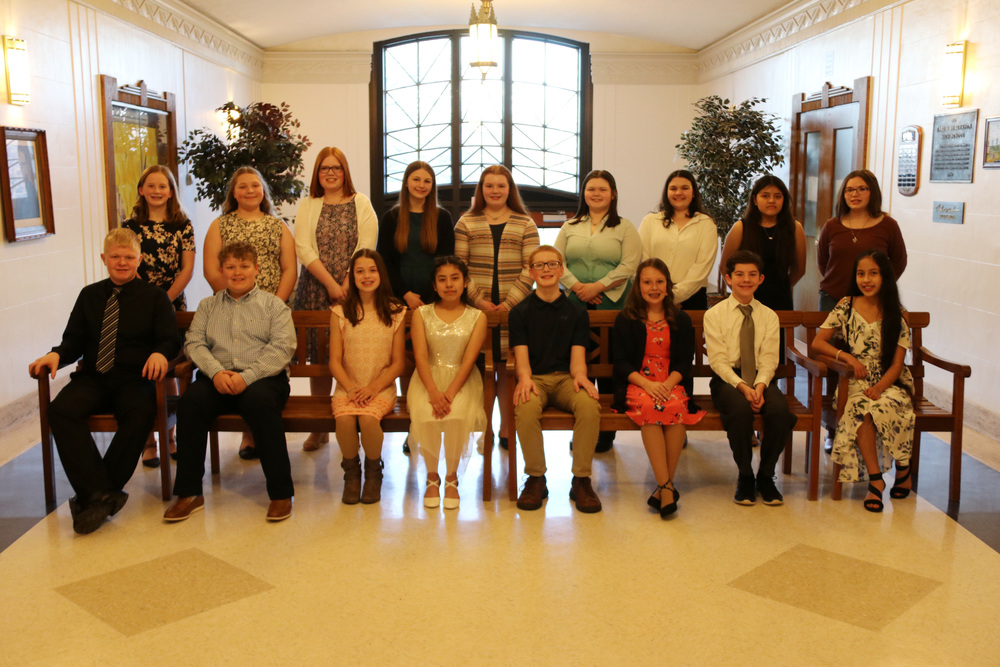 The National Junior Honor Society was established in 1929 and today estimates it is made up of more than one million members across the country. NJHS elevates a school’s commitment to the five pillars of membership: scholarship, leadership, service, character and citizenship.

Spanish teacher Mrs. Casey Flynn was chosen by NJHS students as the guest speaker for the ceremony. She discussed the ways students can exhibit the five pillars in their everyday lives and the value they have.