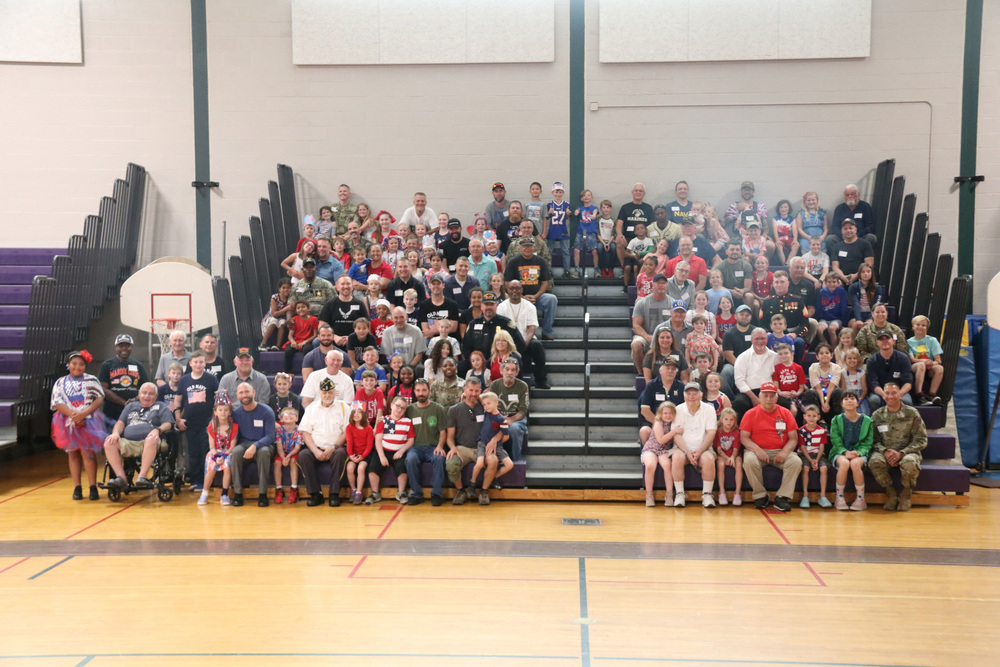 Albion Elementary School’s annual Flag Day ceremony was back in full force Tuesday morning with a gymnasium full of students, veterans and red, white and blue.

Family members of the school’s students who served in the armed forces were invited to the celebration to be honored. The honor band played during the opening procession and dismissal and each grade performed a patriotic song.

More than 200 students wrote poems with one from each grade level selected to read their composition. Those students were Everet Bruning, Madalyn Crouser, Isabella Hafner, Mya Taylor, Semya Tilford and Perry Wadsworth. The top Accelerated Reader points earners for the year each recited a fact about the flag. Those students were Lily Colonna, Lily Brigenberg, Amelia Klatt and Adele Mathes. Aubrey Bruning and Misty Weese were also recognized for their winning poppy poster designs.

After the ceremony, a reception was held for the veterans and their students. The day serves as a great way to honor those who served, to acknowledge student achievement and to celebrate the flag and our freedoms. 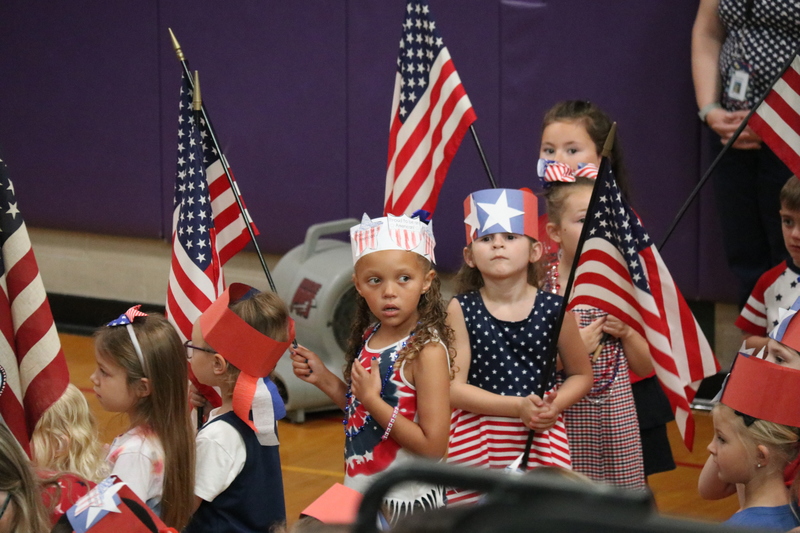 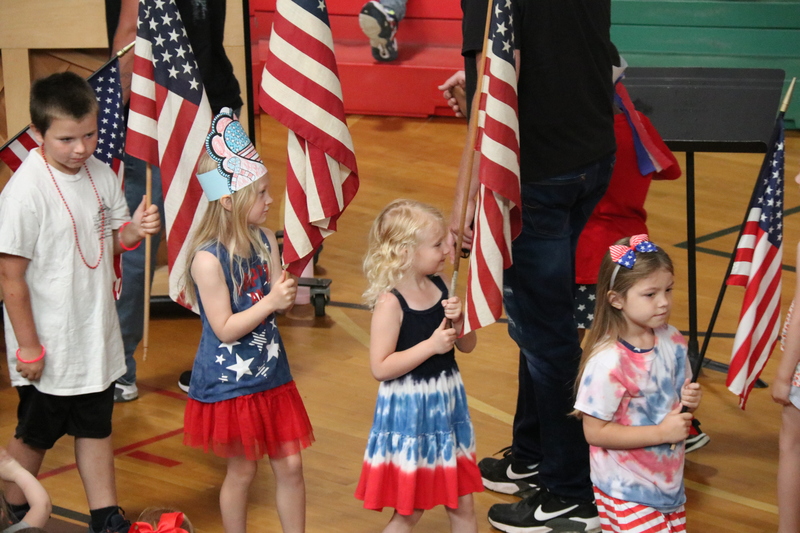 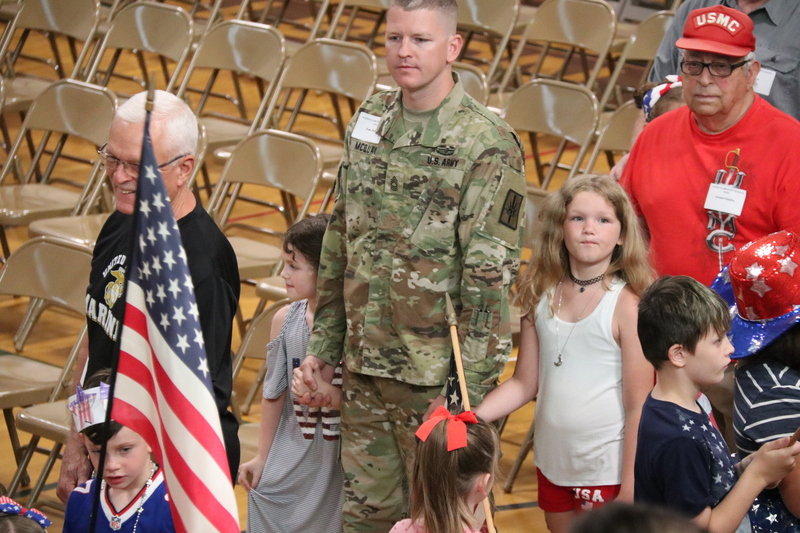 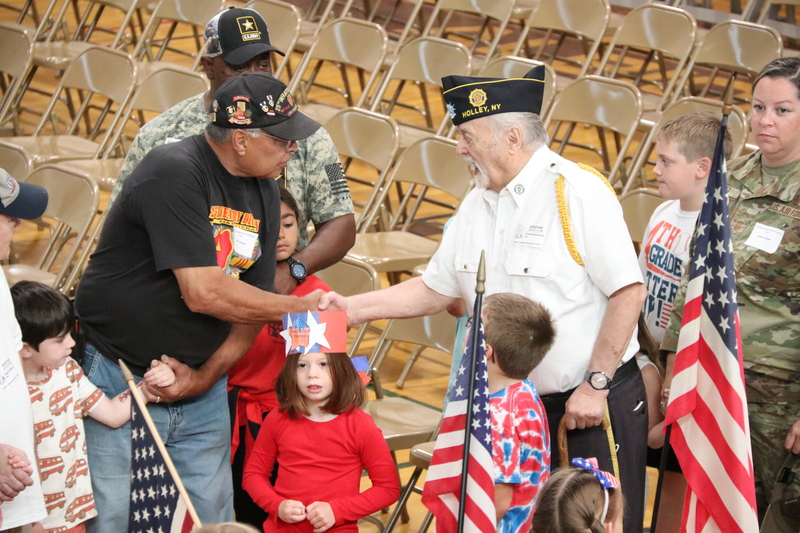 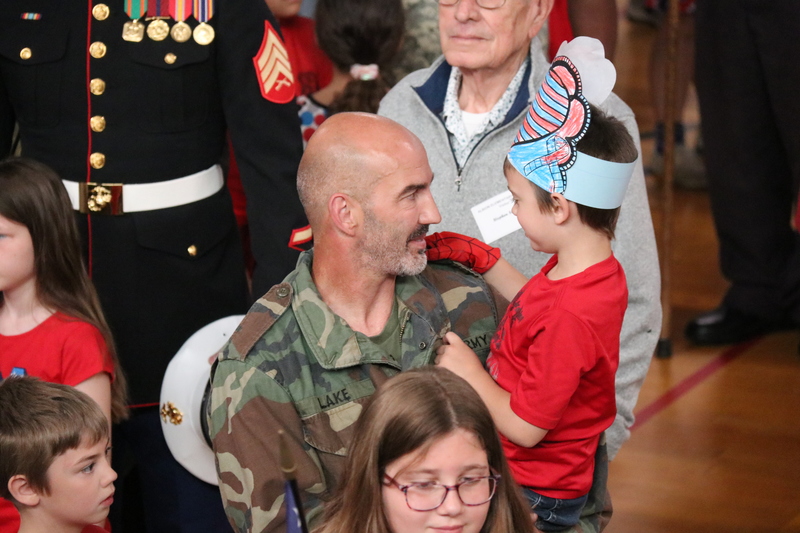 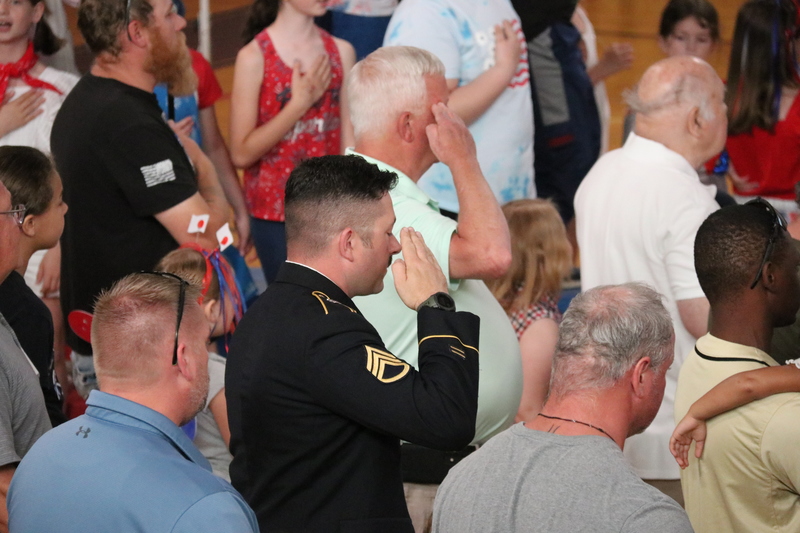 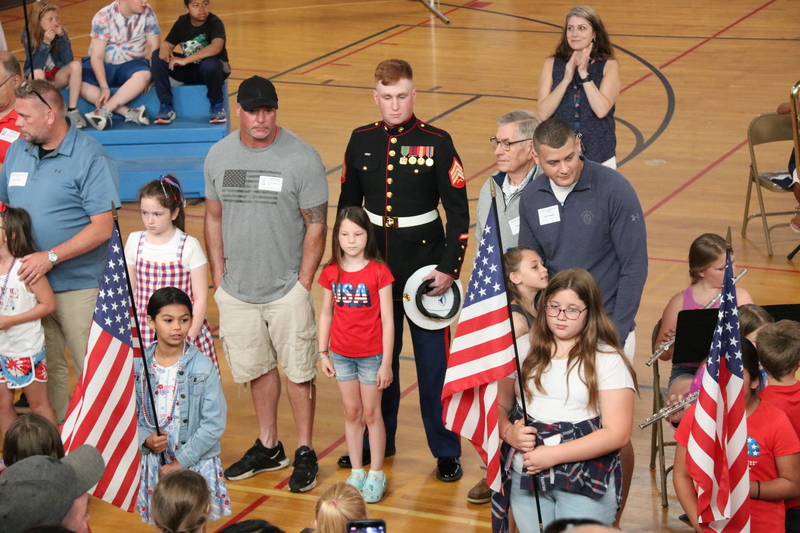 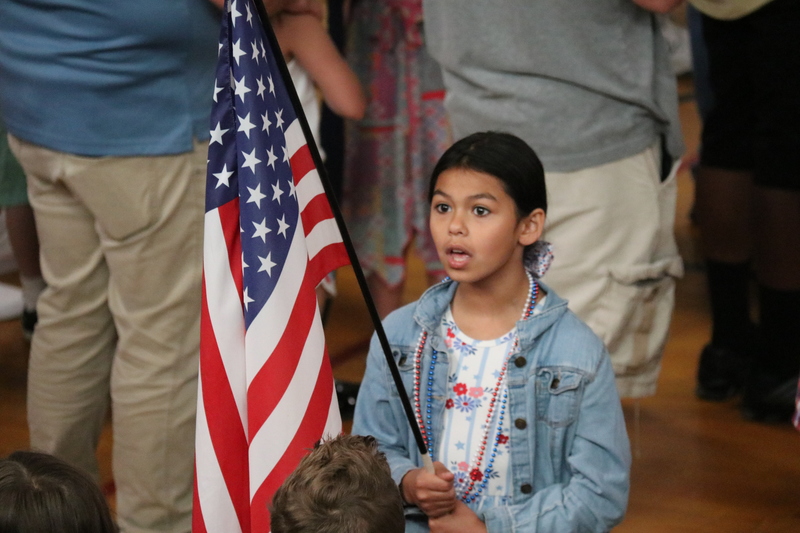 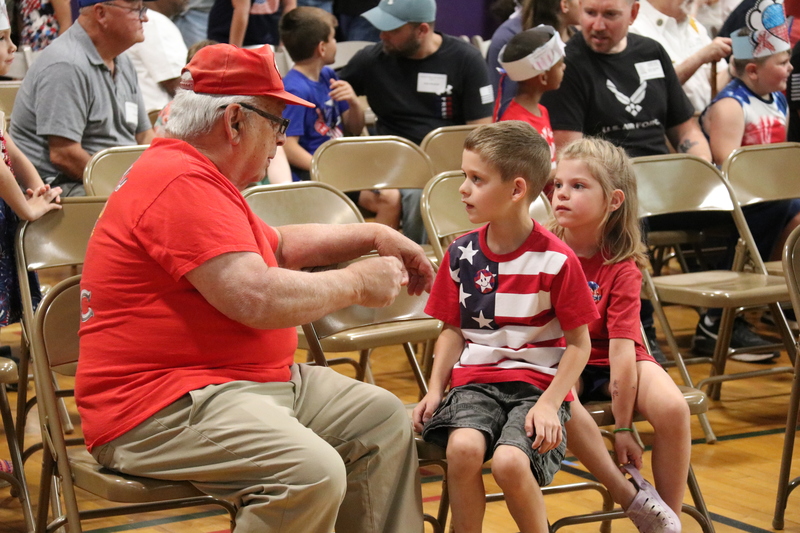 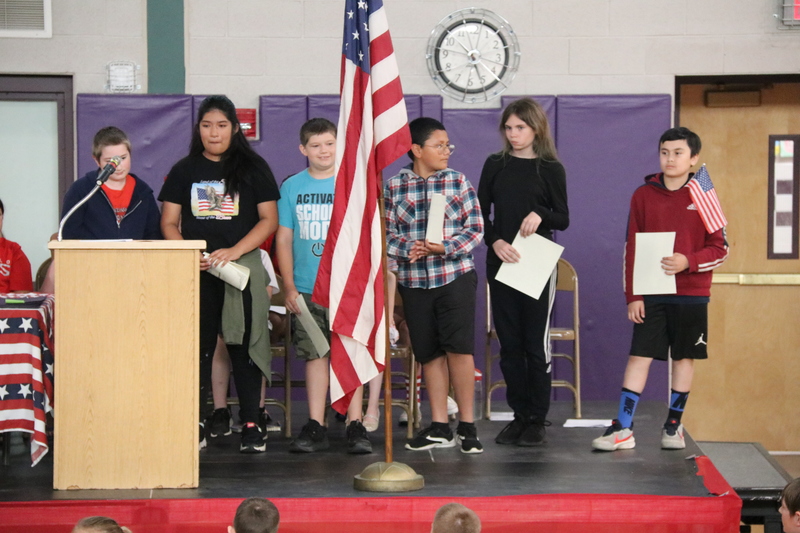 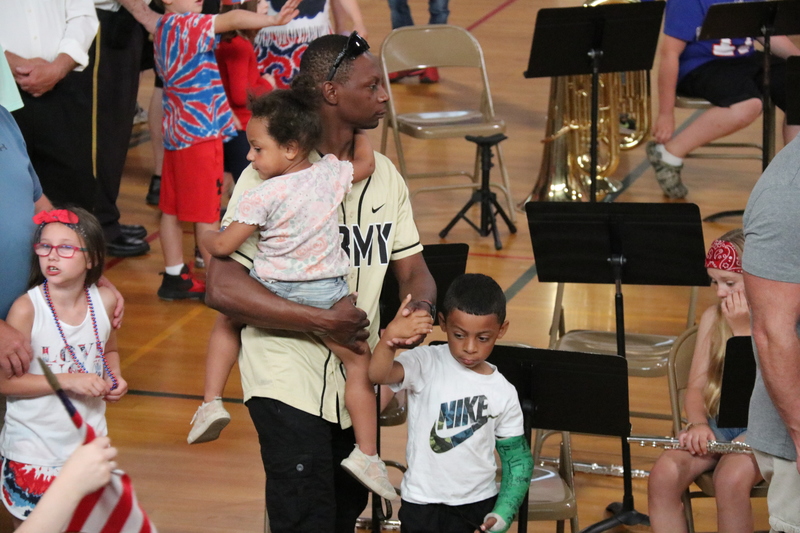 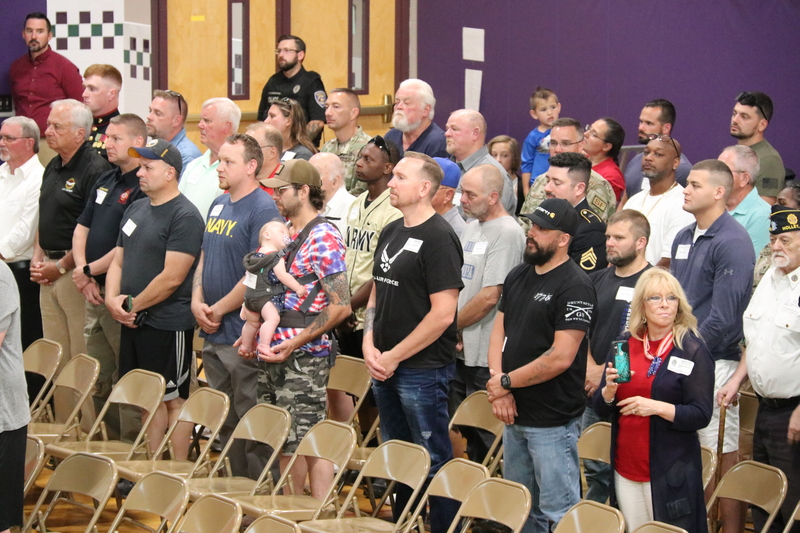 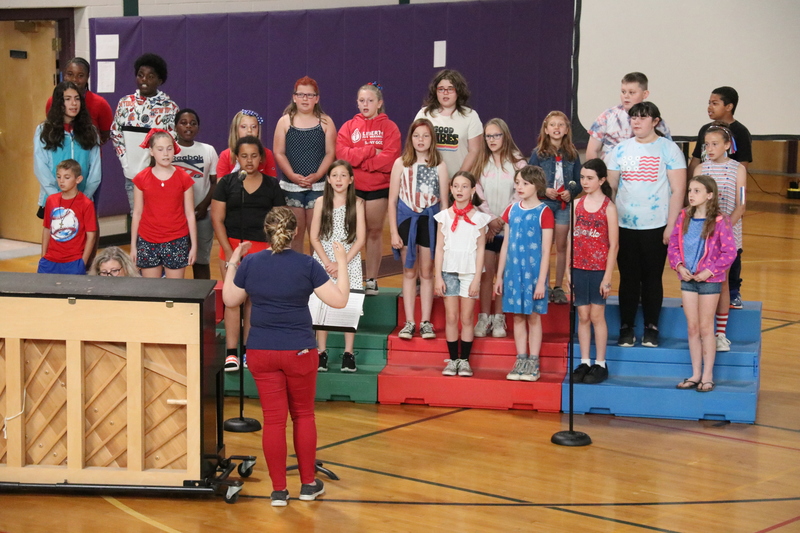 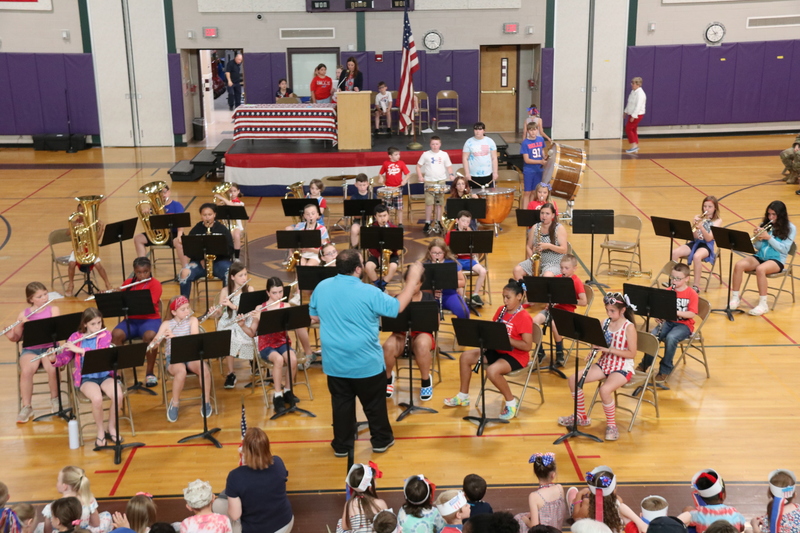