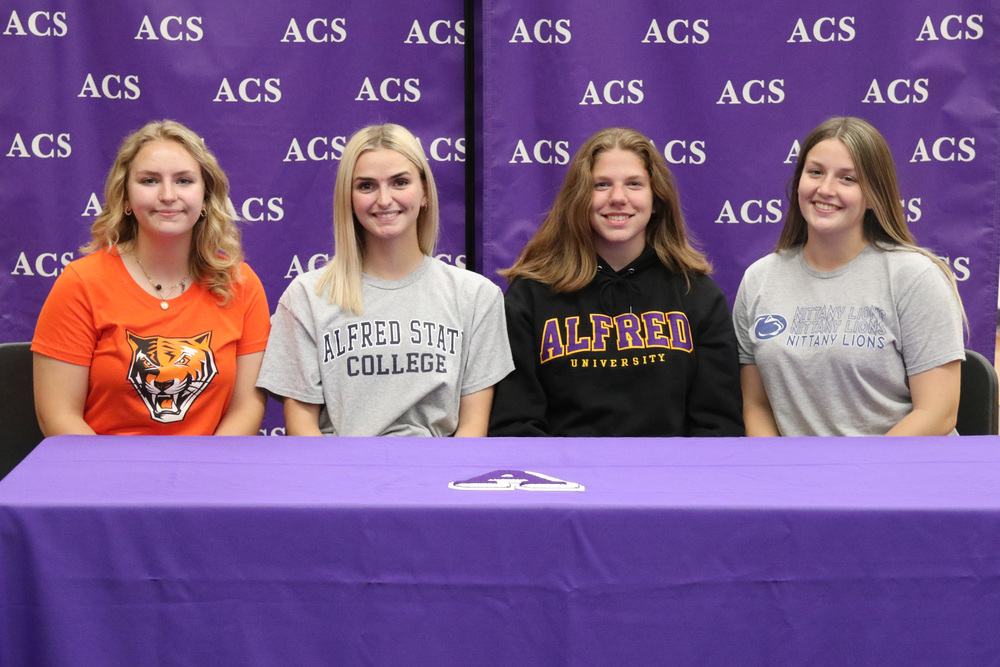 Seven Student-Athletes to Continue to Compete at College Level

Visit this link for the full photo gallery

Seven recent Albion High School graduates will continue to be student-athletes this fall at the collegiate level.

Creasey will play soccer at Buffalo State. She was a First Team Niagara-Orleans League honoree her senior year at midfield, finishing with seven goals and nine assists.

Gibson will see time on the mound and in the infield for Houghton baseball. He was a second team all-league honoree this spring while also competing in football and basketball in the fall and winter.

Knaak is set to play soccer at Alfred State. The defender was recognized as second-team all-league in 2021 and was a first team honoree in softball this past spring for the Purple Eagles.

LeBaron is headed to SUNY Brockport to continue his education and football career. He was a N-O League First Team recipient his senior season while also garnering honorable mention league honors in baseball. LeBaron was a two-sport athlete in the spring, helping boys track and field to an undefeated championship season.

Mulka will play soccer at Penn State Harrisburg. The two-time first team all-league honoree had 103 saves in goal with a 1.27 goals against average her final season.

Riley will continue on the gridiron at SUNY Brockport after a remarkable senior year as a Purple Eagle. He was named All-Western New York Honorable Mention for his defensive success and was the B-North Division Player of the Year. Riley also competed in basketball and helped Albion boys track and field win three consecutive undefeated league championships.

Scanlan is headed to Alfred University to play soccer. She was a three-time N-O First Team All-League athlete with 19 goals and 5 assists her senior year. Scanlan also earned N-O League Player of the Year honors in basketball and won both the 100 and 200 meter races at the N-O All-League track and field competition this spring.

The seven student-athletes received their high school diplomas Friday evening as they officially wrapped up their Purple Eagles careers.