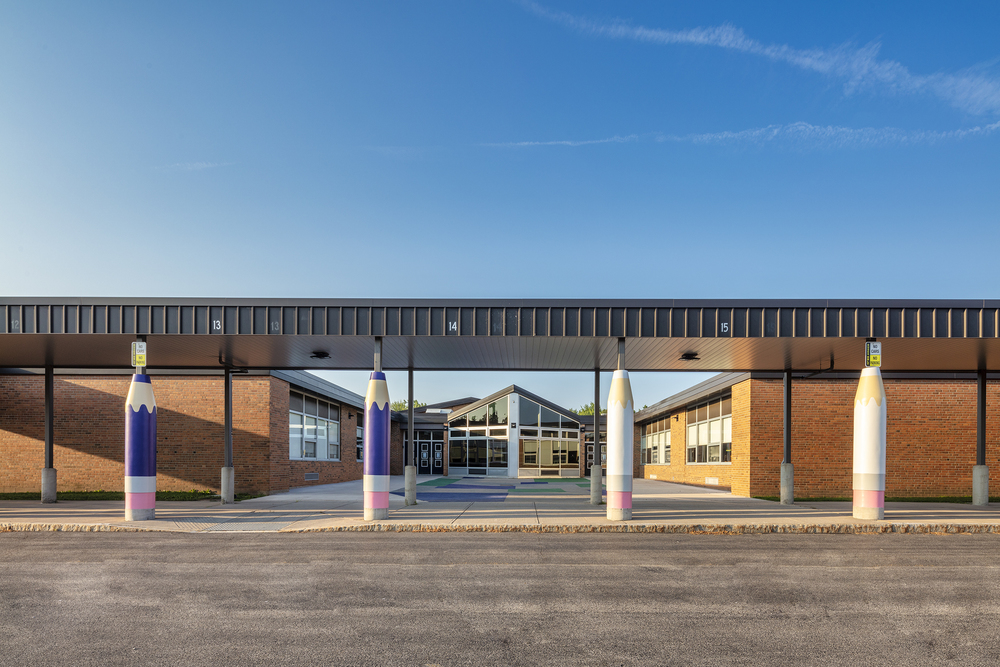 The elementary school has implemented the Pikmykid app for dismissal this school year, advancing safety measures and increasing time spent in the classroom. The change to Pikmykid was made following feedback from parents, staff and law enforcement.

Parents and guardians who pick up their children check in when they arrive and the students are escorted the whole way to their waiting vehicles or waiting adults. Drivers with younger children in the vehicle do not have to worry about unloading car seats and infants, and during the colder months and inclement weather, do not have to face the elements. Pikmykid allows parents and guardians to control the process right at their fingertips.

With the app, the dismissal process now takes an average of 15 minutes from start to finish, allowing teachers to extend their instruction at the end of the day. Traffic around the elementary school has greatly improved as well as crowding around the gymnasium that occurred in the past at the end of the school day. Every student picked up now has a time-stamped record of when they leave the school grounds, adding another level of safety and security for the students. In emergency situations, the app can be utilized for communication and procedures.

“The new system has improved overall security by ensuring that we keep non-students and adults away from the building as long as possible until 3:15 so the playgrounds and outside areas can be used effectively,” commented School Resource Officer Deputy Matthew Prawel. “We can keep everyone safe and out of the way of vehicles and out of the parking lots as much as possible,” he added.

Elementary School Principal Angela Conway appreciates the support of parents, guardians and staff as changes are made.

“We have just tapped into the capabilities of the app and will begin to receive more analytics,” said Conway. “There are even more features that can be used in the future, including using the app when buses are leaving and for after-school programs.”

From the student standpoint, they have adapted well to the new dismissal process and have an increased sense of independence, as they listen for their name and walk out when they are called.

The elementary office will still accept notes and phone calls while the transition to the app continues.